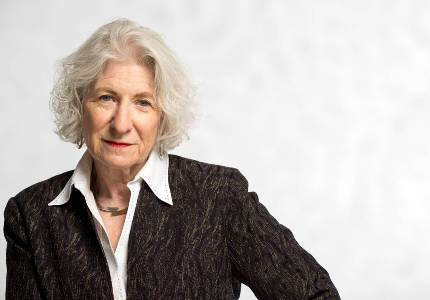 Ms. Hollander is an internationally recognized criminal defense lawyer from the Albuquerque, New Mexico, USA firm of Freedman Boyd Hollander Goldberg Urias & Ward P.A. She has been admitted to practice in the US Supreme Court, most US Courts of Appeal and District Courts, two US Military Courts, in addition to New Mexico. She is also on the list of counsel for the ICC and the US Department of Defense’s Pool of Qualified Civilian Defense Counsel for Military Commissions.

For more than three decades, her practice has largely been devoted to representing individuals and organizations accused of crimes, including those involving national security issues, in trial and on appeal. Ms. Hollander also served as a consultant to the defense in a terrorism case in Ireland and, has assisted counsel in other international cases. She has also represented two prisoners at Guantanamo Bay Naval Base and in 2016, she won the freedom of one of them, Mohamedou Ould Slahi, after 11 years of pro bono representation. His story is chronicled in his bestselling book, Guantanamo Diary, which Ms. Hollander helped facilitate and publish. She is also lead appellate counsel for Chelsea Manning in the military appellate courts. She won Ms. Manning’s release in 2017 when President Obama commuted her sentence.

In addition to her criminal defense practice, Ms. Hollander has also been counsel in numerous civil cases, forfeitures and administrative hearings, and has argued and won a case involving religious freedom in the US Supreme Court. She has taught in numerous trial practice programs and has conducted more than 200 seminars and presentations around the world on various subjects including the securing of evidence in international cases, forfeiture, illegal search and seizure, expert witnesses, defense of child abuse cases, ethics, evidence, and trial practice. She has coordinated and taught training courses for criminal defense lawyers wishing to appear before the ICC and the ICTY, was the coordinator of a jury trial training project in Russia and has served as a consultant to the UNDP in Vietnam. She has also written extensively on these and other criminal law topics. She was co-author of WestGroup’s Everytrial Criminal Defense Resource Book from 1993 until 2016, Wharton’s Criminal Evidence, 15th Edition, and Wharton’s Criminal Procedure, 14th Edition.

Ms. Hollander has received numerous awards, including a Lifetime Achievement Award from America’s Top 100 lawyers in New Mexico, Best Lawyers’ Albuquerque Criminal Defense: Non-White-Collar Lawyer of the Year in 2010 and White-Collar Lawyer of the Year in 2011, the Professional Lawyer of the Year Award from the New Mexico Trial Lawyers Foundation in 2006, among others. She is listed in the “Top 250 Women in Litigation in the US” and in 2001 she was named as one of America’s top fifty women litigators by the National Law Journal. In 1992-93, she was the President of the National Association of Criminal Defense Lawyers.


Salahi spent 14 years in detention on suspicion that he w...Read more


The event brings together leading lawyers from the UK and...Read more