This week, the Judicial Committee of the Privy Council handed down judgment in Attorney General of St Helena v. AB and Others [2020] JCPC 1. The appeal concerned the question of whether people on the island of St Helena who have suffered personal injury should have their compensation based on the same guidelines which apply in England and Wales, or whether they should receive only discounted, lower awards.

The appeal arose from two very serious personal injury cases about grave medical malpractice and negligence by a doctor employed on the island by the Government of St Helena. Both involved women being sterilised against their will following caesarean sections, and in one case the negligent surgery resulted in the death of the baby. In both cases the plaintiffs were awarded substantial general damages for pain, suffering and loss of amenity (“PSLA”). The trial judge, the Chief Justice of St Helena, quantified those damages by the application of the Judicial College Guidelines for the Assessment of General Damages in Personal Injury Cases (“JC Guidelines”) in England and Wales, in relation to injuries of the type suffered by the plaintiffs. He awarded damages at the same level that they would be payable in England and Wales, without a discount. The Court of Appeal of St Helena agreed with the Chief Justice’s quantification of damages, for different reasons.

However, the Government of St Helena appealed to the Privy Council, arguing that the compensation payable to the plaintiffs should be reduced as otherwise this would be “unfair to defendants.” It was argued that, as wages on St Helena are lower than in England, the damages should be reduced to only one third the rate awarded in England and Wales. The Board of the Judicial Committee (Lady Hale, Lord Wilson, Lord Briggs, Lady Arden and Lord Sales) was not persuaded by the government’s grounds of appeal, and has this week advised Her Majesty to dismiss the appeal. The Board stated that it “cannot fault” the Court of Appeal’s conclusion that a current disparity in average earnings is in effect cancelled out by the higher cost of living in St Helena, and that this factor, coupled with expectation by St Helenians – who are now British citizens – that they will be treated in the same way as other citizens of England and Wales, means there is no case for a downward adjustment of the JC Guidelines. 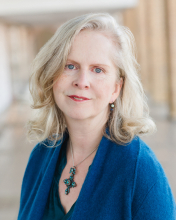